You Are Here: Home → Our Mission → Our Family’s Feeding Tube Story

My son AJ was born a little early due to being small for gestational age in utero and he came out healthy, yet small, at 37 weeks. We took him home from the hospital in two days and spent the next 5 months nursing, bottle feeding and trying to get him to sleep! None of which went really well but he did manage to stay on his little 3rd percentile curve with no major illnesses.

All that changed when he had a major seizure just before turning 6 months. That seizure landed us in a children’s hospital for a week to determine just what was going on. One of the specialists who saw AJ was a feeding therapist who instructed us to thicken his bottle feeds to help him eat more / swallow better. Little did we know that due to this hypotonia, this was not good advice. He tired out very easily trying to get the thicker formula from the bottle, and 4 weeks later we were back for a swallow study just to rule things out. 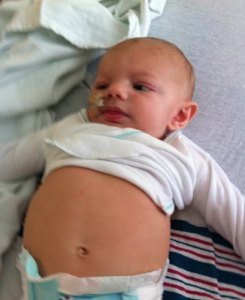 First day of NG feedings…he took that tube out twice that night! Also last picture of his tummy without a stoma.

We went into that appointment completely unprepared, not knowing we has just fed our son the last bottle he would ever take orally. AJ managed to fail the swallow study with flying colors – aspiration on all liquid, completely NPO and go straight to the hospital for an NG tube. There we were told he was going to need the tube for at least 6 months so a G-Tube was in his future, but we were more than welcome to take him home with the NG as long as we could learn to reinsert. Considering that he pulled it out twice in the first night were we there, my husband and I decided we weren’t leaving without the button.

Life with a Feeding Tube

The following days were a blur of surgery, learning how to use the MIC-KEY, how much formula to push and how to use the pump. We went home and did everything we could to follow doctor’s orders. Went to more specialists, tried continuous feeds, slowing the rate down, night feeds (OMG I break out in a cold sweat thinking about rushing into his room in the middle of the night to a find my child choking on his own vomit. We quickly dropped the night feeds!), anything that would help us get the prescribed amount of formula into him. Nothing worked.

Eventually, thanks to the kindness of others that have been through this, we found out about blended diets and things got easier. No more daily vomiting, no more constant constipation. I felt more like AJ’s mom again and less like his nurse. He ate what we ate. Our family settled into a new normal.   I started to look at the tube as a blessing as I was able to give his seizure meds, fantastic nutrition and keep him hydrated during illnesses without issue.

We hope that one day AJ will be an oral eater and we’ve tried to make that happen, but like most things with AJ, it’ll happen on his time. For now, I’ll keep providing him with a plethora of nutritious foods to support his development.

It took me a long time to get to this place. I was angry for a long time – angry that my kid needed a feeding tube and that I had to stop nursing so abruptly. Mad that my kid was puking everyday. Mad that no one in the medical community told us about blended diets. Creating Real Food Blends has helped channel that anger into a positive. Being able to help other kids, adults & families to have easier access to real food & all it’s amazing benefits has been healing. Thank you to all of you that have shared your pictures & stories with us. 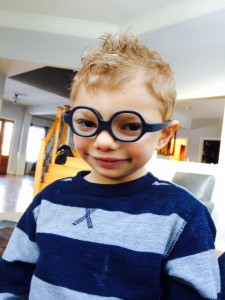 In hindsight, my biggest regret is not that we got the G-Tube but actually rushing into it. I know many families struggling with the decision to tube or not for quite some time but for us it was super-fast and unexpected – literally he was having the surgery 72 hours after failing that swallow study. That one failed swallow study landed AJ an NPO order and scared the crap out of us.

We learned over the coming months that a swallow study isn’t the be-all, end-all of the “tube-or-not” decision. It’s a point in time in an artificial & scary environment. AJ had never fallen off his growth curve or had a lung infection – two signs of real aspiration. But who knows? He may have ended up on the tube anyway and perhaps the tube saved him from some scary, life-threatening lung infections. We’ll never know and that’s okay. Having a feeding tube is not the end of the world and doesn’t define who he is. He’s quite enjoying his role as our Chief Inspiration Officer!

I’d love to hear your tube-feeding story. Feel free to comment here or on our Facebook page.

Thanks for sharing, Julie. I’m a former colleague of Tony’s, and enjoy watching AJ and Luca grow up via Facebook.

Our family hasn’t had to go through what you have with a feeding tube, but our awareness has definitely been raised, and we think it’s awesome how you have ‘channeled that anger into a positive’ with Real Food Blends.

Keep up the good work, and best of luck for continued success.

Thank you for sharing your story. I have a j tube & have had it for over a year. I am just now starting to learn about real food for the feeding tubes. I am allergic to most of the pre made foods. I look forward to learning more about & trying RealFood Blends.

Your story is SO similar to ours. Our little girl is 4 now and we are finally at a place (emotionally) ready to try real food. Her constant vomiting/ constipation scares me away from trying new things with her in fear that it will worsen either or both, but I am more prepared now and will start trying your foods! Our GI recommended them! Thanks for embarking on this project- there are many of us who need and easy, straightforward solution to feeding our kids healthy, well-balanced meals!

Almudena – how are things going? Have you been able to try the meals with your daughter? Please let us know if you have any questions!

I can relate to your story.. we have used your real food blends for a year now.. my tubie was also severely iugr born at 20 ozs 11 inches at 29 weeks. Feeding her was a nightmare after a 4 month nicu stay. We couldn’t put the oz a day on her and at one year old she was a tiny 11 pounds but we fought that gtube tooth and nail and for another year we bottle fed every 2 hours. She has never been on the growth curve 🙁 at 18 months she was 14 pounds I began to panic. We decided to get the gtube when she was just 24 months after she stopped drinking the bottle … 20 pounds. She was also a daily vomitor for 4. Years my baby threw up every feed. When we got our gtube we had a horrible surgical error and they missed her stomach and she fought for her life in the picu with an unknown cause then they figured it out pancreatitis we also picked up a nasty infectious disease and battled cdiff for 8 long months 23 rounds of antibiotics and no luck. She was almost dead… we used our gtube button to have what’s called a fecal transplant. Poo yes and after a month she recovered. Her GI system has been damaged between NEC in the nicu and all of the above… today she is almost 6. Years old. 100% gtube fed. We are working on oral feeds but 🙁 it’s hard when she can’t yet chew the real food blends have helped her grow bigger and we are finally over 30lbs. So thank u for inventing these for all our tubies.

Wow Christina – you have been through the wringer! Your little girl sounds like such a fighter. So happy we have helped her grow! Thank you for sharing your family’s story – none of us are alone in this!

Comments are now closed for this article. 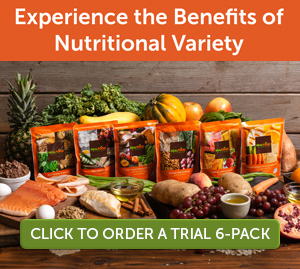